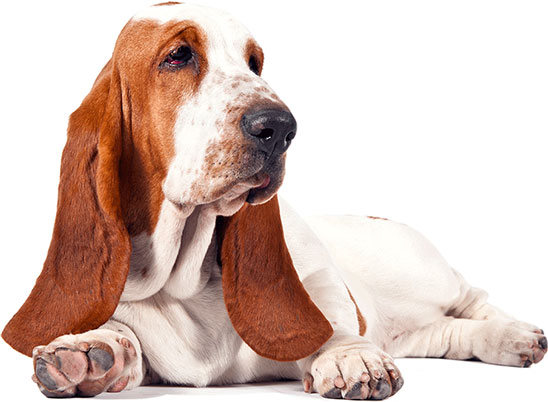 Congratulations! You’ve made the lifesaving decision to adopt your next pet.  We are eager to help you find your next best friend.  Adoption is a life- long commitment to the newest member of your family.  Before you visit the shelter, we recommends that you consider these important questions from the ASPCA….

Is it the right pet for my family members?
A strong, active pet may be too much for a young child or elderly person to handle.  Small and young pets may be too delicate for rough play with children.  Consider the four legged members of your household as well. Make sure that everyone in the household agrees to adopting a pet and that no-one in the family is allergic.

Who will be the primary caretaker for the pet?
Designate one adult in the home to be the primary care taker so that the pet’s needs don’t become lost in the shuffle of busy schedules.  You can still teach children the importance and value of caring for their new friend by assigning some age-appropriate task, such as brushing or watering the pet.

Can I afford the pet?
The cost of a pet goes far beyond the purchase price or adoption fee.  Remember to include the cost of food, pet supplies, grooming, veterinary care and training.  You may also need to build a fence or hire a pet sitter.

Am I ready to make a long-term commitment?
Adopting a pet means being responsible for its health and happiness for the rest of its life, which could easily be 10 to 15 years for dogs, and more than 15 years for cats.

Are you committed to making this pet a good citizen?
A well-trained pet is a pleasure and is welcome in public parks, sidewalks, some restaurants and hotels and other people’s homes.  Research shows that people you take the time to train their dogs keep them longer than people who don’t.

What do the phrases “open admission,” “open door,” “limited admission,” and “no-kill” mean, and what is the Western Arizona Humane Society?

Dogs and cats who go up for adoption—and while there are no time limits on how long they can stay up for adoption, it will depend on the health, temperament and availability of kennel space for safe housing.

However, there are animals that come to a shelter sick, severely injured, or too aggressive or behaviorally unsound to be placed up for adoption at that time. While open admission shelters will give at least temporary refuge to these animals, many limited admission shelters—which sometimes call themselves “no-kill”—do not have the resources to dedicate to such animals. These shelters must make a decision as to which dogs or cats will receive their care and attention, and therefore they limit the number of animals they will accept. As a result, some limited admission shelters may choose not to help the animals that come to them with health and/or behavioral issues. It is WAHS belief that no animal should be turned away. Sometimes, these animals can be rehabilitated but sometimes they cannot. In this case, we strongly believe that euthanasia is the most humane alternative to an existence of suffering and pain or being limited to life in a cage.

While the phrase “no-kill” can stir many emotions in people, it can also be very confusing and misunderstood. There are many good shelters that call themselves “no-kill,” just as there are many fine shelters that are “open admission.” Ultimately, much of the confusion about “no-kill” stems from the fact that there is no universally accepted definition of the term. One organization’s idea of no-kill can vary widely from another’s. Therefore, it is important to look into the issues surrounding the idea of no-kill in order to understand the ways in which organizations help animals.

WAHS believes in helping the greatest number of animals with our available resources. As such, we will accept any animal that comes to our doors. We attempt to place healthy, or treatable animals into new homes. We provide rehabilitation for those animals that may need some extra care and attention before they are adoptable. We utilize the services of rescue groups and foster parents. The reality is that due to the overwhelming volume of animals coming into our two shelters, healthy adoptable animals may be euthanized due to space constraints In fact, many “no-kill” shelters also euthanize animals because of severe health or behavioral issues.

Population studies of companion animals suggest that approximately 4-5 million animals are euthanized in the U.S. each year. Ten years ago, the number was believed to be a staggering 12-15 million! Today, nearly 64% of all shelter animals lose their lives in animal sheltering facilities across the US. Dogs fare better than cats — 56% of shelter dogs are euthanized; 71% of cats are euthanized.

The problem of euthanasia doesn’t lie within the definition or philosophy of the animal shelter. Whether open-admission or limited admission, the fact is that there are still more unwanted animals than homes. The ultimate responsibility for the numbers of euthanized animals lies at the hands of the public. Lack of commitment, lack of education, lack of investment in the animal all contribute to a community’s euthanasia rate. No animal shelter is the ’cause’ of euthanasia, but rather the sad ‘result.’

In the end, it is not words or phrases that help animals but actual efforts, programs, and initiatives.

Why don’t you rehabilitate EVERY animal and simply end euthanasia?. Unfortunately the reality is that some animals are unhealthy and untreatable. This means they are suffering from a disease, injury, or congenital or hereditary condition that adversely affects the animal’s health either now or in the future. Some may have a behavioral or temperamental characteristic that poses a health or safety risk. The seriously ill animals are not likely to become healthy even if provided with care and treatment and dangerous animals must not be released back into the community; these are the animals who should be euthanized to minimize suffering or for the safety of the public.

I can’t support an organization that encourages euthanasia.

WAHS does not encourage euthanasia. What we do encourage are adoptions, responsible pet ownership, and rehabilitation to save lives. We make every effort to find new homes for the dogs and cats who have already been born—close to 2500 new homes each year. We offer spay/neuter services which provides over 1400 low or no cost spay/neuter surgeries every year.

Unfortunately, until there are enough homes for all the animals who are born each year, and until there are no longer any sick, injured, aggressive, or unpredictable animals, and sometimes healthy adoptable, euthanasia will still be a reality, a humane reality. It is this reality that is the responsibility of an open admission shelter. Simply turning a back on these animals and merely pronouncing that euthanasia shouldn’t exist won’t make euthanasia go away: tirelessly working toward more animal adoptions, furthering pet pregnancy prevention, animal rehabilitation, and educating the public will reduce the necessity.

WAHS believes in helping the greatest number of animals with the resources we have. This is why our services are so wide and varied. Certainly, we provide adoptions for animals, low or no cost spay/neuter surgeries for anyone who needs them for their animals, and rehabilitation to help animals become adoptable. With the partnership of a dedicated volunteer and Today’s news Herald we publish informative pet related issues. Our dedicated staff advises and counsels owners who are having behavioral issues with their dogs and cats, with the goal of keeping these animals in the good homes they already have. In extreme cases, Rosie’s Pet Connection will donate up to 2 hours individualized training. Our Dog Training classes help people strengthen their bond with their dogs and, ultimately, make the dogs better canine citizens. Our Education and Community Outreach brings our message of respect and humane treatment to children and adults each year.

How can the overpopulation problems facing dogs and cats be solved?

Solving all the problems facing companion animals is a job that is far too big for one single organization. The only way to enact real, lasting change is through cooperation. This is why WAHS is proud to be one of the founding members of the Mohave County CARE-Net. The goal of this voluntary group—made up of animal shelters and rescues located in Mohave County—is to create a coalition of organizations who, by working together, can help Mohave County animals in ways no single organization could do on its own. The main focus of the group is to reduce euthanasia county-wide by increasing adoptions as well as animal rehabilitation. Toward this end, WAHS, along with the other members have embraced the concepts behind the Asilomar Accords: nationally recognized goals focused on significantly reducing the euthanasia of healthy and treatable companion animals in the United States. Visit http://www.asilomaraccords.org to read the complete statements.

Another way WAHS works with rescue organization to help animals is through the extensive transfer programs we have established. We recognize that not all potential adopters are comfortable in a shelter environment, and may feel more compelled when given an opportunity to work with a smaller, more home based group. We also promote our adoptions through PetSmart, Petco, Starbucks and community events.

What can I do, and how can I learn more about The Western Arizona Humane Society?

If you are looking to add an animal to your home, adopt from a shelter. If you have an animal in your home who is not spayed or neutered, have these surgeries done. Encourage others to adopt from a shelter or have their animals spayed/neutered. Foster a sick or underage animal. Donate to WAHS to help us with our work.